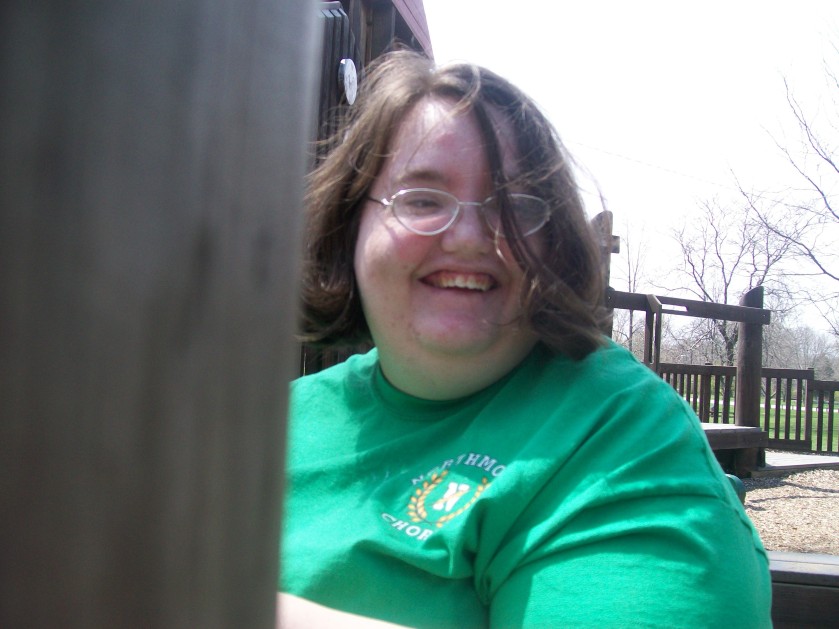 My sister died unexpectedly on Sunday the 28th of August.   I have been asked to give the memorial or remembrance about her at her simple graveside funeral.  My mother-in-law suggested I write it as a letter.

It’s with such sadness that I’m writing this letter to you.  You are now in Heaven shining down on me.  I’ll miss so much about you.  I don’t know if you realize how loved you were when you were here with us on Earth.  So many people have left remembrances of you and your kind heart and sweet soul.

The way I remember you is so much different.  I have lots of memories of us growing up and then as adults.  In Philippians 1:3, Paul wrote “I thank God upon every remembrance of you.”

I can remember the RTA trips to downtown to either play Putt-Putt, shop at the Arcade, or visit the Salem Mall.

I have memories of us traveling by bus to Charlottesville, VA as children.  We would stop in Washington, D.C. on the way there or back.  Also of us traveling to Walt Disney World in 1990.  One of my favorite memories was of us telling mom that the Big Thunder Railroad was a simulated roller coaster.  We ended up in the front seat of the Railroad.  Boy was mom mad at us afterwards.  Mom should know that the back is far worse than the front of the coaster.  Do you remember those Boy Scouts from California that were on the train back to Ohio from Orlando?  We spent a lot of time in their railroad car.

We went on three Mission trips with the Clayton United Methodist Youth Group – Over-the-Rhine area of Cincinnati, South Carolina, and Athens, Ohio.  The South Carolina trip was the most memorable.  From Ambo, the train traveling hobo, to people stealing from us, to you being a fake girlfriend to Doug, to traveling to Myrtle Beach, to the Chinese buffet, to losing power at the church we were staying at.  I will always keep those memories in my heart.  Your life was one of Service, one of your favorite bow stations in Rainbow.

For 7 years, we were in Rainbow together.  Traveling from here to there – Making friends and memories.  I know you got amused with me when I could mess up a room during a weekend away at Grand Assembly.  We were only there for three or four days and the room would look like my clothes threw up in it.  All the dances and installations we attended.  The friends we made who have stepped up to offer condolences or help during this time.  They are not just friends but family.  Family that just hasn’t seen each other in a while.  If you see Mom Gray up in Heaven, please tell her I miss her dearly.

You and I traveled so much to Pittsburgh to visit family.  When we stayed at grandma’s house, one of us had to be the unlucky one and get the bed with the mattress covered with plastic.  If you were that sister, you had an unsettled night of sleep because the mattress would move every time you rolled around.  Do you remember grandma getting on us about going to church or her telling us about all the boyfriends she had before grandpa?  I will treasure our pictures at the Overlook in Pittsburgh.

Do you remember the one Easter eve that I called you?  I said you have an hour to pack because we are going on a road trip.  We ended up in Illinois for the night before traveling up to Chicago and then onto Kenosha, Wisconsin for the other night.  We went to the Kmart in Kenosha to get our Easter candy.  Such memories.

Our super trips in 2001 and 2002 with mom will remain in my heart.  Listening to Backstreet Boys at their concert, visiting with our grandma in Pittsburgh, and driving through Gettysburg.  Do you remember changing the calendar in grandma’s house with Jamie?  I don’t think grandma realized we did that.  My favorite picture of the two of us is from that trip.  We also created a list of 50 boyfriends for mom on the trip in 2001 – one in each state.  There was also descriptions of a few of the fake boyfriends.  Do you remember how we actually ran into a guy who looked like one of the fake boyfriends?

Thank you for your help with Nick when Will was born.  Do you remember how Nick slept for 12 plus hours the night Will was born?  We didn’t need to worry about Nick and were able to concentrate on our new baby boy.

Thank you for all the times you watched our house while we were traveling.  I’m sure Dobby will miss you.  He does love you so.

I know that I was an annoying big sister.  I was the first one to tattle on you when you did wrong.  I was the one who made you do math problems at Melody Pool.  You were not allowed to swim until you got them done.  Then I allowed you to get the pool.  You thanked me later for tutoring you since you were able to understand the math while in middle school.  I made you help me pack for my Disney College Program on your 18th birthday.  Boy, were you upset with me.  Hey, at least you got rid of me for 4 months after that.

I think most of all I am going to miss calling mom’s house.  If she was unable to talk or was gone, we made up excuses to why she could not answer the phone.  Most of the time it was that she was on a date with some made up random guy.  That random guy always had a Latino name like Raul or Julio.

I love you so very much.  Teasing mom about her fake boyfriends won’t be as much fun.

Give a kiss to both grandmas and grandpas for me.

One day I’ll see you again but until then I’m going to be homesick and miss you so much.  As the song “Homesick” from Mercy Me says “You’re in a better place, I’ve heard a thousand times.  And at least a thousand times I’ve rejoiced for you.  But the reason why I’m broken, the reason why I cry is how long must I wait to be with you.”