The National Museum of the United States Air Force or Air Force Museum as we call it is a free museum.  It has been in existence since 1923 before the Air Force was even created.  However, it didn’t become a public museum until 1954.  It’s been in it’s current building since 1971.

The museum has over a million visitors a YEAR.  It’s one of the most visited tourist attractions in Ohio.

So when I had to figure out the itinerary for my friend last July, the Air Force Museum was at the top of the list.  She really enjoyed seeing the museum.

So what can you see at the museum?  The answer is a little bit of everything dealing with flight.  There are over 360 different aircraft and missiles in the museum.  Plus other displays.  One of my favorite exhibits is the Wright Brothers mural made of tiles that depict events from their lives.

Last June, they opened their fourth building.  In the fourth building, they have retired Presidential planes.  We’ve been in the Air Force One where the body of President Kennedy was carried in 1963.  It was also where President Lyndon Johnson was sworn in as President.

It’s a must see if you are in the area.  And did I mention it is free?

Enjoy the photos from the Air Force Museum.

(These are a small portion of the photos I’ve taken there over the years.  I didn’t include the mural.  If you visit, you need to go find it yourself.) 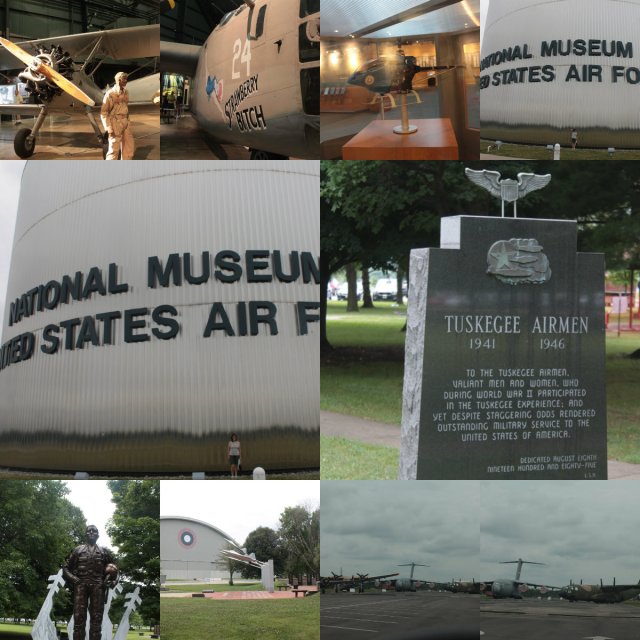 One more thing, the Military Police do a bag check for EACH and EVERY person who comes into the museum.  It’s only been in the last few years they started doing that.  When I go, I usually just take a lanyard with my id and money and my camera.  So much easier.

Join me tomorrow for an underground wonderland an hour northeast of me.  It’s a place that the Imaginative One wanted to spend his 12th birthday.

3 thoughts on “National Museum of the United States Air Force”