This is my second month participating in the Foodie Pen Pal.  This time I was bought for Johanne.  If you visit her blog, you can see what I sent her.  Kristen sent me my package.  When she asked me what I liked, I told her that I liked cinnamon and mint.  She went to a local spice store and got me some interesting spices, flavored sugar, and honey powder.

I’ve always been a little nervous with trying Chinese Five Spice.  Kristen sent me a bottle and advised me to use in the place of pumpkin pie spice in baked goods.

I used it in my crockpot cranberry sauce.  So yummy!  I also made some baked oatmeal and put it in.  It was so delicious.

It was also used as a topper for popcorn.  My sons love popcorn so I air popped some and the boys ate some with butter and salt.  My portion had EVOO and Chinese Five Spice.

Thanks Kristen, I think Chinese Five Spice is my new favorite spice blend.  🙂 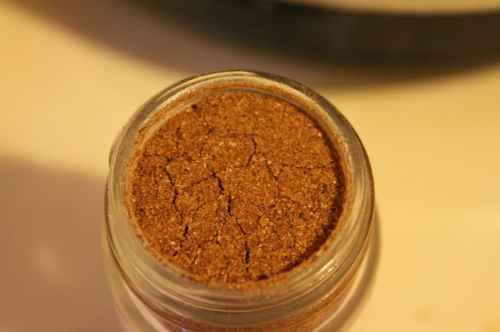 She also sent me a bottle of of honey powder.  Hubby loves honey so he was intrigued with this.  He was pleasantly surprised by the taste.

The night I got it, I used it in a mug of hot tea.  It added a certain depth of flavor to the tea.  It was delicious!

The next two items are my favorite!  I love mint.  In fact, I order lattes with peppermint when I go to coffee shops.  My favorite tea is Tazo’s refresh tea which has different types of mint in it.

I had some on air popped popcorn.  It was so good. 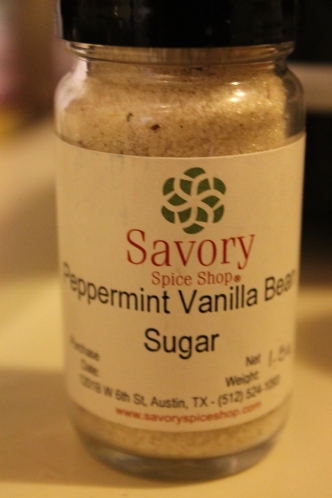 The last item was Ceylon “True” Cinnamon.  I love the smell and taste of cinnamon.  I make Snickerdoodles every Christmas as part of my holiday baking.  The Wee One needed cookies for a Thanksgiving feast at school.  He asked me for Snickerdoodles.  As we were making the dough and then baking them, he told me it smelled like Christmas.  He identifies the smell of cinnamon as a Christmas smell.

After I opened the bag with the cinnamon in it, I kept smelling it.  At one point, I let the Wee One smell it.  He then wanted to take it outside for his friend to smell it also. 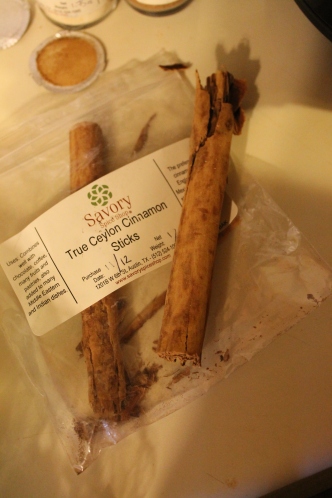 Kristen also sent me a card with a cow on it with a wonderful note.