The Imaginative One hates zucchini so much when I asked him to pick one up at the local farmer’s market, he refused to even touch.  He also refused to taste this cake because he had a feeling I put zucchini in it.  He forgot there was a possibility later on in the week and ended up trying it.  He still didn’t like.

Don’t let his dislike of the cake and zucchini discourage you from trying this delicious cake.  He is such a fussy eater.

I really enjoyed this cake.  In fact I took pieces of it as a lunchtime treat.  It is so yummy!

adapted from Finding Joy in My Kitchen 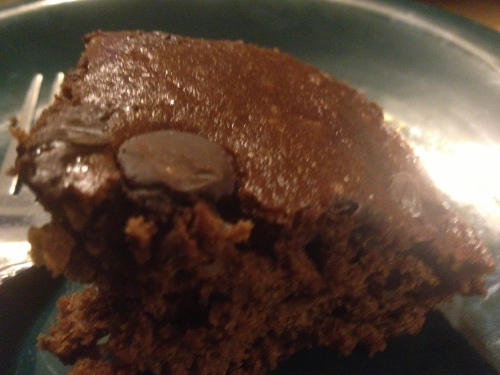