My oldest has told me that I could be a tour guide of our area because I know a lot of places so during April. I’m going to share some of those local sights beginning with A and then ending with the letter Z.  I’ll be sharing these sights Monday through Saturday.  On Sundays, I’ll be continuing to share my Disney photos.

Fairborn is located 10 miles to the east of downtown Dayton.  The Wright Patt Air Force Base is located in the town.  Wright State University is also located in Fairborn.

After the Great Flood of 1913, the Huffman Dam was built on the edge of town.  The town of Osborn was literally moved from the flood plain to another area that was not located on the flood plain.  It was moved close to the town of Fairfield.

In 1950, they decided to incorporate.  They took the Fair from Fairfield and the Born from Osborn to create the new town of Fairborn.  (Click here for the history of Fairborn.)

In the center of Fairborn, is Main Street.  Up and down Main Street are Halloween stores, a variety store, and a 50’s style grill.  All of them have the name of Foy.

Mike Foy is the owner of all six Halloween stores, the variety store, and the 50’s Rock and Roll Grill.  He is the fourth generation owner of these stores.

Foy’s a must see if you are in the area especially during the Halloween season. 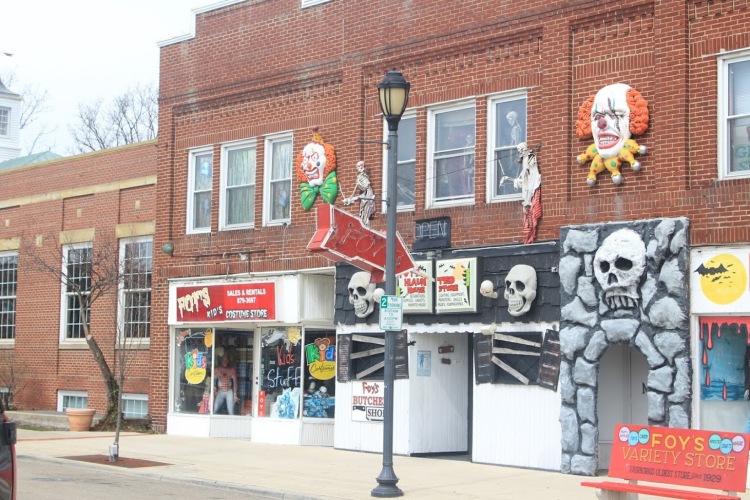 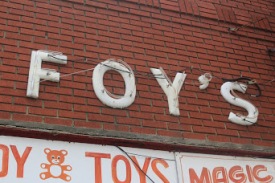 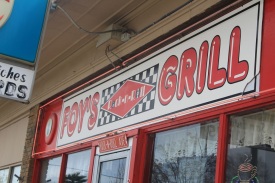 So where are we traveling to tomorrow?  We are going back outside for our local sight.

Have a magical day!