While we were in Geneva, New York, the volunteer/ worker at the tourist information suggested Seneca Falls.  It was about 20 minutes east of where we were at that moment.  Molly had never been there before so we decided to take her advice.

On our way to Seneca Falls, we drove through Waterloo, New York.  It claims the spot as being the first city in the United States to host a Memorial Day.  There are many other places that claim that they were the first.  However, Waterloo is recognized as being the first city.  If we were not on a tight schedule, we might have stopped to get a few more photos then I did get. 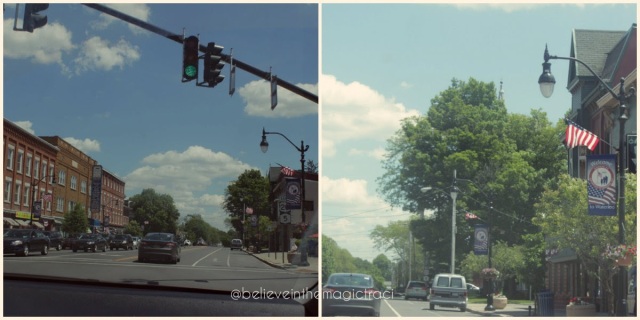 Seneca Falls is where the first woman’s convention was held in 1848.  I’ll have more about the convention in my next blog post.

Seneca Falls is also known for their industry.

Supposedly Seneca Falls was the inspiration for Bedford Falls in It’s a Wonderful Life. 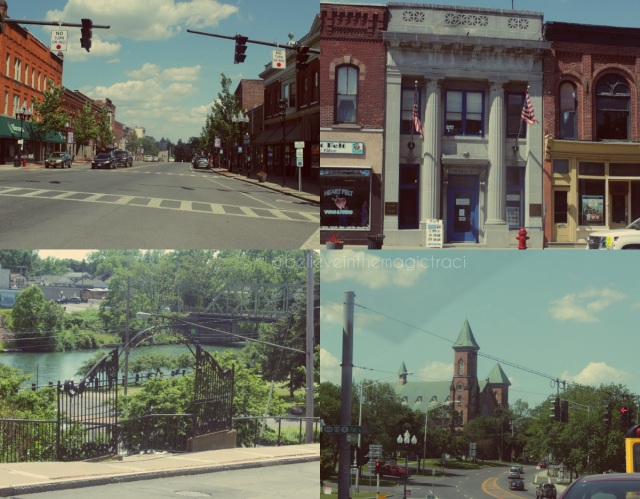 The museum was divided into the upstairs and the downstairs.  The downstairs was more dedicated to the products that were produced in Seneca Falls.  The upstairs had some of that but other displays.

This is about the New York Turnpike and how quickly people could get from Albany to Buffalo compared to how long it to the Iroquois many years prior. 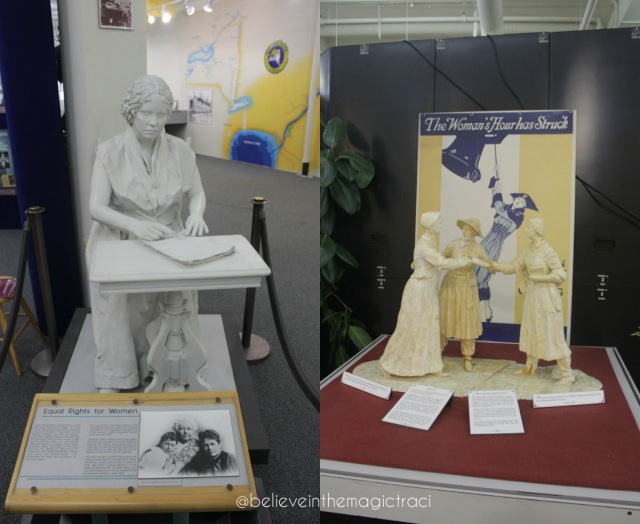 The first steam fire engine was developed in Seneca Falls and there was a company who developed pumps.

The Erie Canal was an important part of their lives.

At the front of the museum – The mints they provided were delicious.

There was a bell there that had been manufactured in the hamlet/ town.  We were actually allowed to ring the bell.  Of course, we couldn’t pull on the cord tightly.

Here are few of the products produced in the Seneca Falls area. 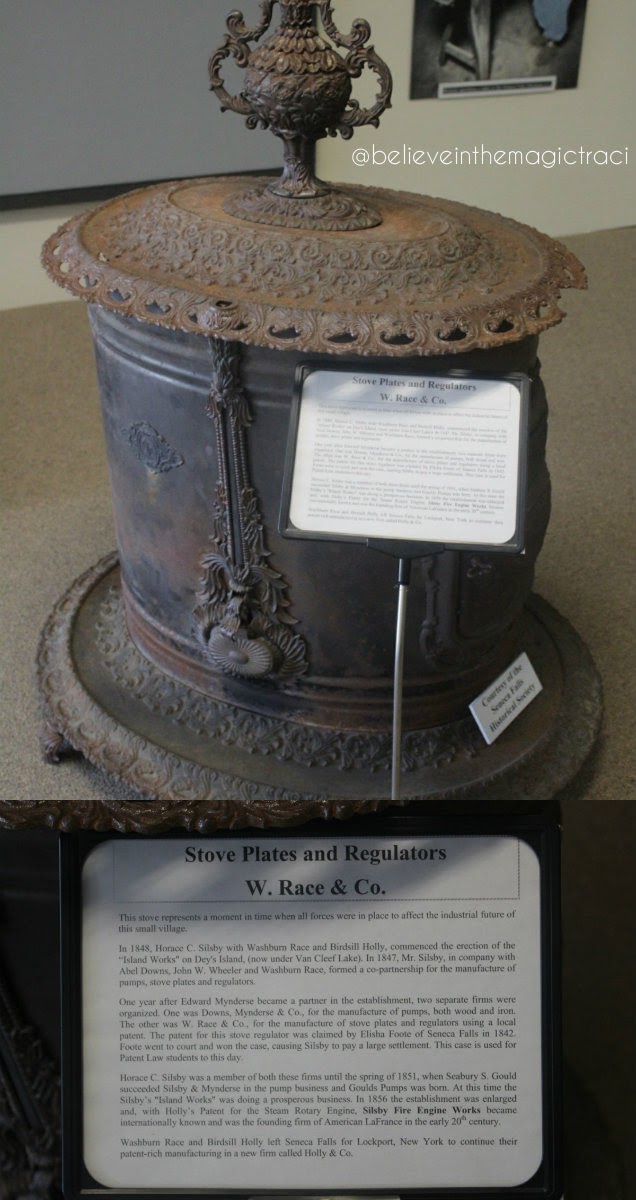 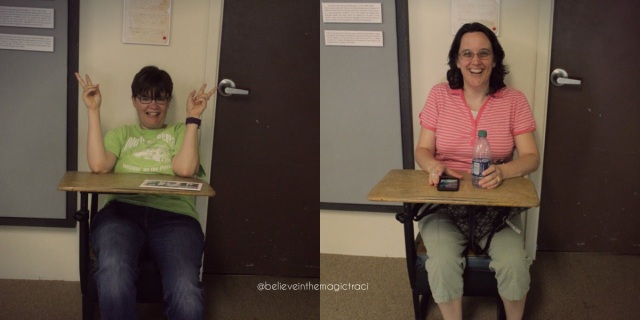 Join me next Wednesday for photos from the Seneca Falls Women Convention Museum.