Today I’m going to feature a local restaurant instead of what we ate while on vacation.

Young’s Jersey Dairy is an iconic restaurant in my area.  It has a sit down restaurant, a dairy store with a quick service area, ice cream, and a gift shop that sells cheese curds, ice cream, and souvenirs.  There is also a family fun area with a giant slide, putt putt golf, and a fast pitch area, etc. . .  You can also feed the goats.

Click here for more information about Young’s Jersey Dairy.  (Be warned you will hear the sound of cows mooing when you first open up the web page.)

Every Martin Luther King, Jr. holiday weekend, they hold an anniversary celebration.  The food is cheaper during the weekend.  This year a cheeseburger, kid’s meals, and single scoops of ice cream in waffle cones were all $1.48.  A special sundae was $4 and some change.  The sundae had 3 scoops of ice cream, sauces, whipped cream, nuts, and a cherry in a souvenir glass.  (We have a bunch of the glasses from over the years.)  They also had fried cheese curds for $2.99.

As you can imagine, it was a busy place during the holiday weekend.  We went on Martin Luther King, Jr. Day and it still was extremely busy.  We almost had to sit outside until we found one of my co-workers was going to be leaving so we got her seats. 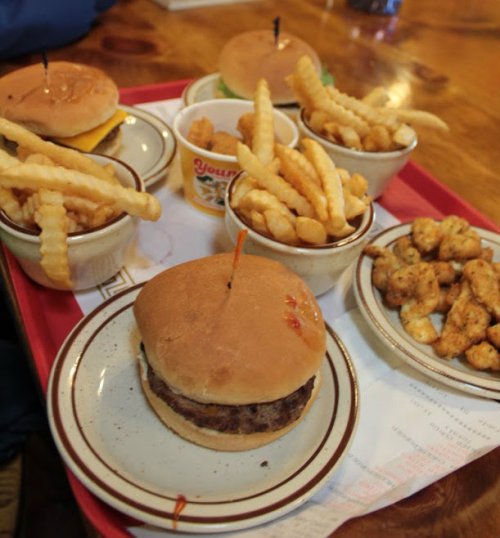 Our tray of food – The boys and I each had a kid’s meal.  Hubby had a cheeseburger and cheese curds.

The cheese on the cheeseburger is cheddar cheese made by the dairy.  So good. 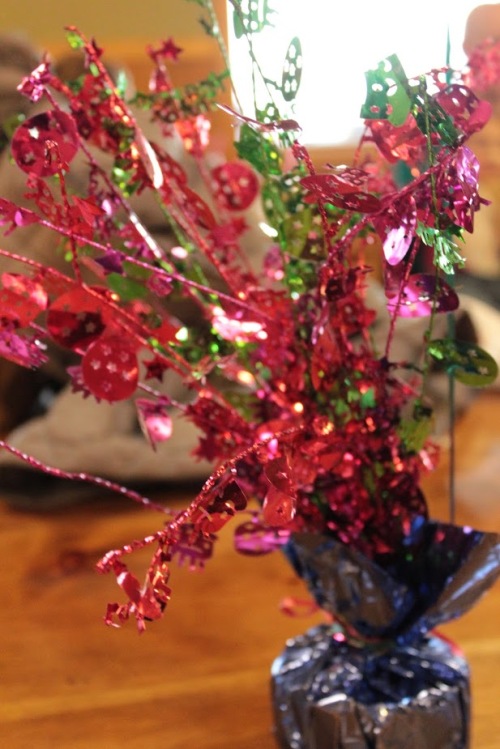 Some of the decorations they had around the dairy.  There was balloons connected to these holders.  I thought they were cute. 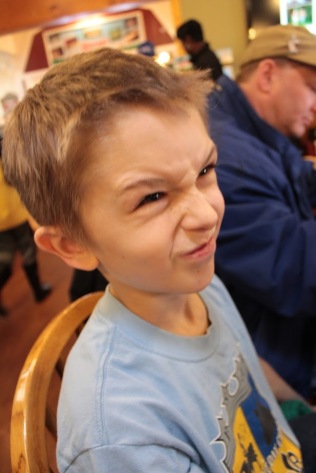 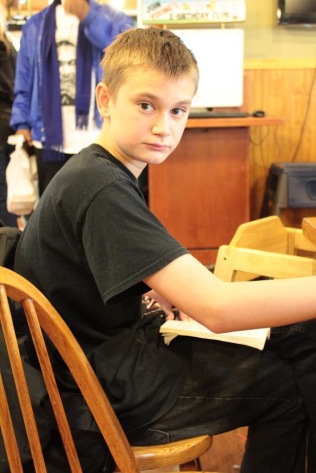 The boys – Any time you attempt to take photos of the Wee One, he gives you a weird expression.  The Imaginative One was eating and reading at the same time. 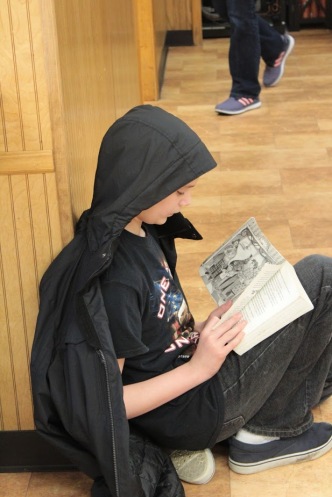 Case in point – The Imaginative One was reading a book while waiting for his sundae. 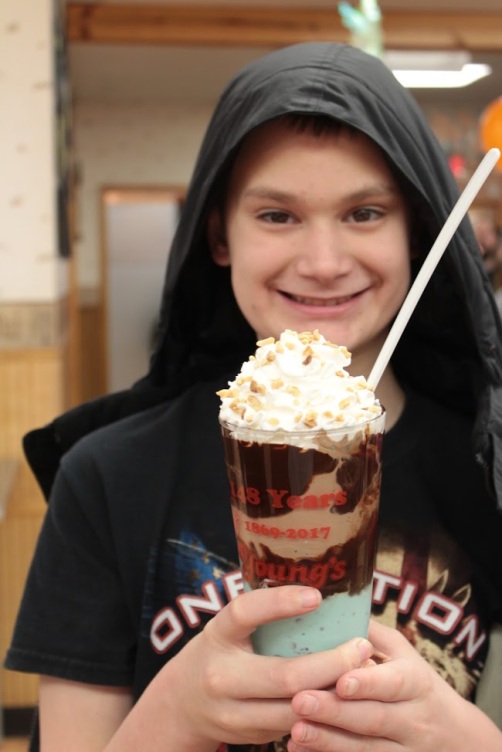 He was thankful Young’s opened up 148 years ago.  (Fun fact:  He was 3 weeks old the first time he went to Young’s Dairy.) 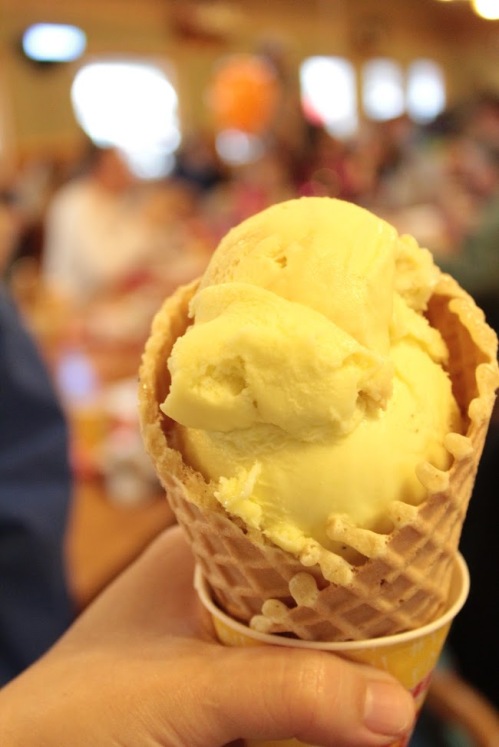 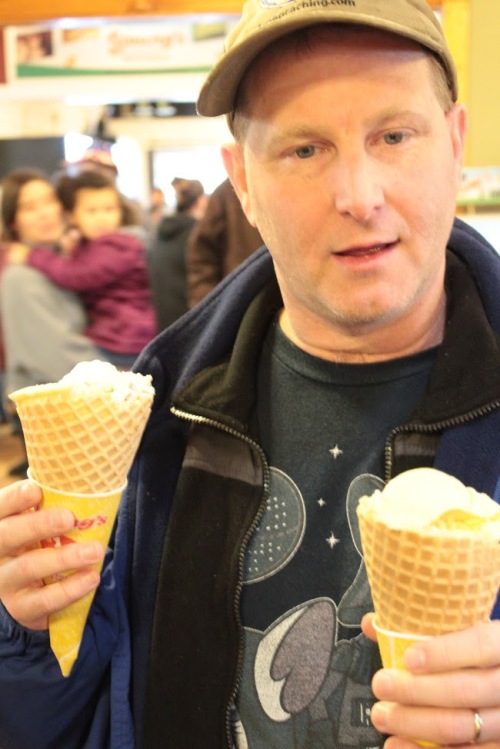 Hubby holding his butter pecan cone and my lemon gelato cone.  I do not know why he has that expression on his face.

The Wee One opted out of getting any ice cream.

What do you think of these what we ate series?  Hubby thinks it is funny that I take photos of the food we eat.