Join me on Saturdays for posts about our South Carolina trip.

Today we are going to visit the Reed Gold Mine in Midland, North Carolina. It’s located about 30 minutes away from Charlotte. Best of all, it’s free except for the gold mining which was $3.21 per pan. 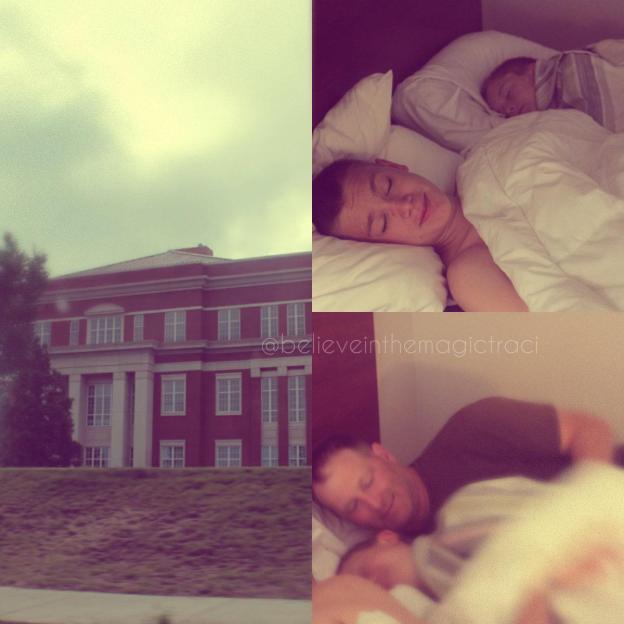 I often take photos of the boys when they have to sleep in the same bed on vacation. The Imaginative One was actually awake but pretended to sleep.

Then Hubby decided to jump on the bed so he could wake up the Wee One.

We were located down the street from the University of North Carolina. Once I realized we were driving past it, I could only take one photo of a random building on the campus.

So what is the Reed Gold Mine? It’s actually the first place in the United States that found gold. Gold was found in 1799, 50 years prior to the California Gold Rush. In fact, there are many former gold mines in the Piedmont area of North Carolina.

I thought of the Pocahontas song,

We went on the self guided tour of the area.

Here is the inside of the mine: 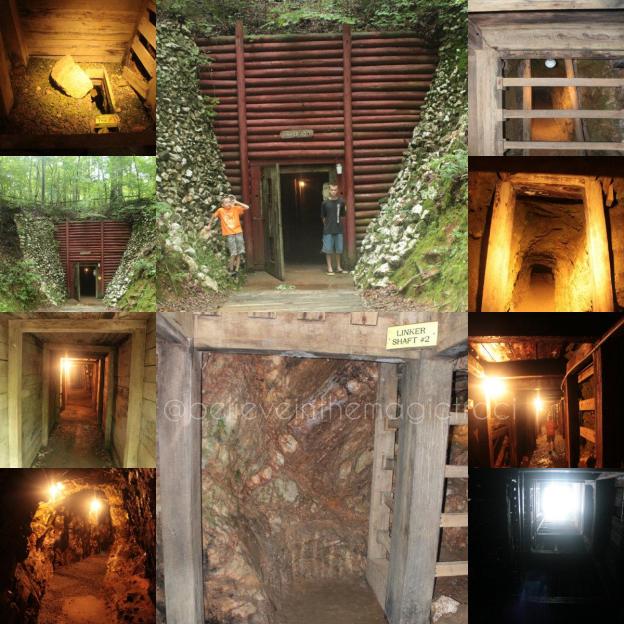 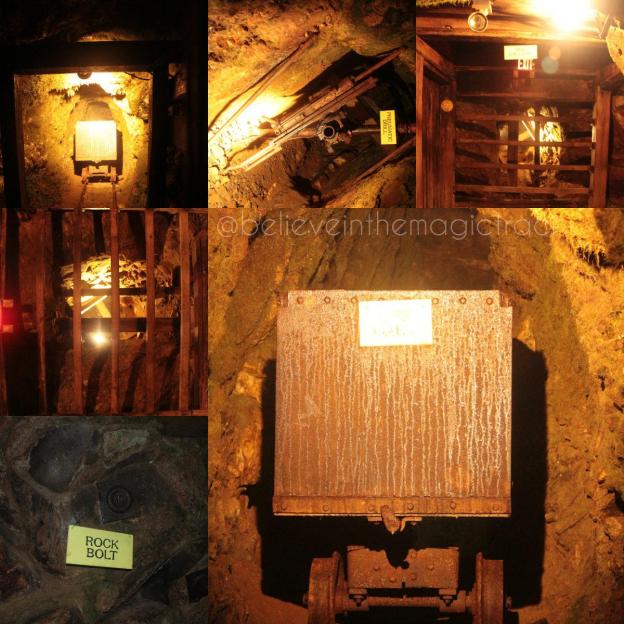 The Wee One did not want to go in the mine but changed his mind.

We enjoyed checking out the Upper Hill of the mine area. It’s above the underground mine so we had to be careful because there is still some open shafts. Fortunately there was signs reminding us to be careful or there were fencing around the open shaft areas. 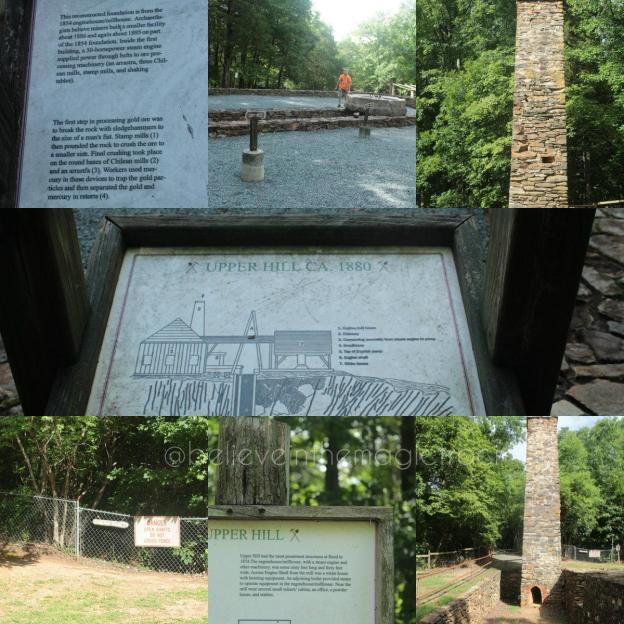 We decided to have an impromptu photo shoot in front of the 1895 Stamp Mill.

This is the 1895 Stamp Mill. A family from Springfield, Ohio decided to try to revitalize the Reed Gold Mine. They did find some gold but were not successful.

Some signs and equipment on the land

After exploring the mine, we panned for gold. Actually I watched the boys and Hubby pan for gold. They allowed me to get on the other side of the trough so I could get photos.

We found two gold flakes worth a few dollars at most. Still it was a cool experience. 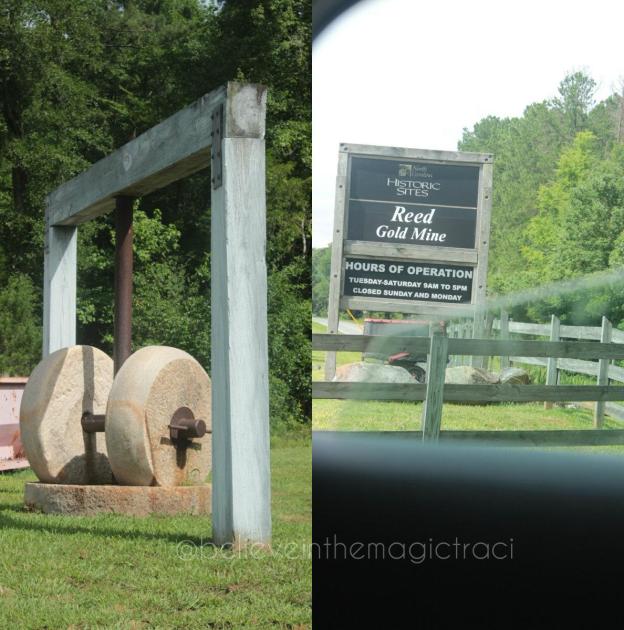 After we got done at Reed Gold Mine, we traveled down to Folly Beach.

Taking photos at the Welcome Center to South Carolina. I love how they used the frame prop.

Top – Outside the welcome center – They did not want to take the photo. I told them that one day they will appreciate it. The lady in the next swing said “Yes, you will.”

Bottom Left – They had Google Maps on a big screen.

Bottom Right – The Imaginative One was bored of my taking photos.

Taking photos in front of the South Carolina map

Beautiful flowers outside the welcome center

The BBQ chicken wings and fries that the Wee One and I shared from Zaxby’s. Yum!

Join me next Saturday where I’ll finally be on Folly Beach.

19 years ago, I was teaching this young man. I was a little younger than he is now. I was new to the game. He was one of the ones who taught me how to be a teacher. We talked a little bit and reminisced. He had to get candy from me just like he did when he was 9 years old. What amazed me is that he remembered the little store I had for them and how he told my students to listen to me. I can say I made a difference.
Merry Christmas from me and the teens
Winter Solstice hike. Beautiful. Peaceful. #gcparkstrails #wintersolstice
If you are taking all the photos, find a way to get a photo or 2 of yourself. Selfies and I don't work. So I use mirrors. It's artistic and unique.