Can you believe Easter is almost upon us?  Neither can I.

I decided I wanted ham the other day for dinner.  Instead of cooking it the typical way in the slow cooker, I decided to cook it it with apple cider.  The Wee One told me that the ham tasted like applesauce.  The Imaginative One took a huge slice and ate it all.  I believe that this recipe is a keeper. 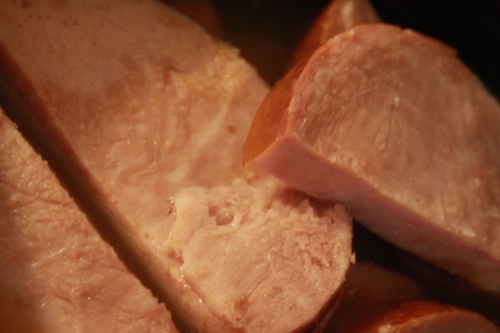