I’m sorry it’s taken me 3 weeks to get back to finishing my Universal/ Walt Disney World trip photos.

The Polynesian is on my bucket list of places to stay on the Walt Disney Resort.  It has been on my bucket list since I did my Disney College program in 1995.  One of my assignments in the classes I took there was to go with a group of friends to the Grand Floridian and the Polynesian.  Ever since then, I fell in love with the resort.

One of my friends I met while on the College Program also took me to the Polynesian to hang out on the beach area.

Back to the trip in November –

After we got done with the Contemporary, the Imaginative One and I traveled by the monorail over to the Polynesian.  I had gotten a message from Hubby saying they were leaving Pop Century and would meet us there.

While we were waiting the few minutes for him and the Wee One, the Imaginative One and I got a lei from the front desk.  If you ask them, they will give you one.  So cool.

After they got to the Polynesian, we stopped and got Hei Hei stuffed animal from Moana since we had seen the movie the night before.  Our Hei Hei has been in our Christmas tree and hidden all over the house.  Best $15 spent (I think that is how much it cost).

The Wee One and Hubby then got their leis.  Afterwards, they got breakfast at Captain Cooks because Hubby wanted Tonga Toast.

We split up once again because the Imaginative One and I decided to walk over to the Grand Floridian while the Wee One and Hubby took the ferry.

Later in the evening, the Imaginative One and I came back to the Polynesian to watch Wishes and to eat Dole Whip.  Yum!  I’ll share my photos from Wishes in another blog post.

Enjoy the photos from the Polynesian. 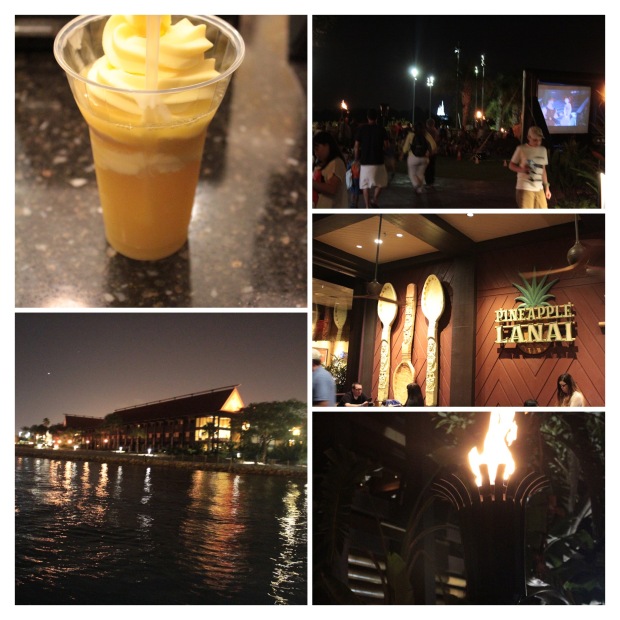