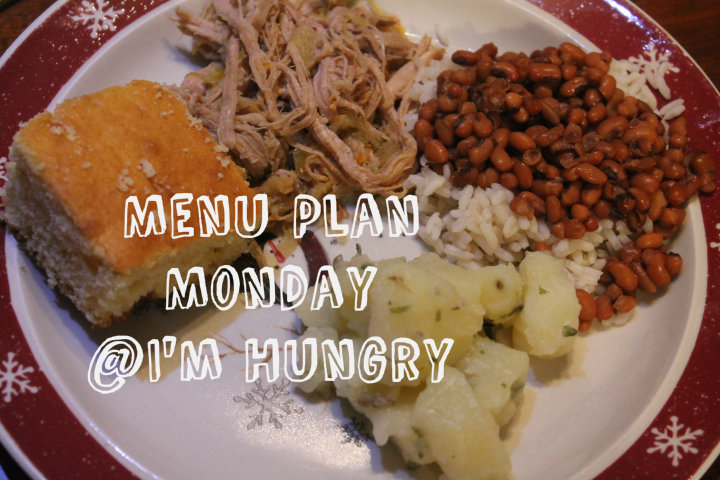 When I menu plan, I usually assign days of the week for the meals with the exception of Saturday and Sunday.  This week I’m going to list possible meals.  We are not going to get to all these meals so these meals are for the next two weeks.

We had snow on Sunday morning and are expected more tonight into tomorrow.  I’ve been sick with a weird bug so I didn’t really go outside to take photos.  The one photo is taken from my back door and the other is taken from my kitchen window.

This year has been weird since we haven’t gotten much snow.  Sunday’s snow was the second measurable snow of winter.  The first was in December.  That snow measured a few tenths of an inch.  We got 1.2 inches of snow on Sunday.  The worse problem with this snowfall was the wind.  It was 50 degrees on Saturday and the temperature quickly decreased by 40 plus degrees.

Tonight/ Tomorrow’s snow’s going to give us issues also because of the wind.  It’s suppose to be extremely windy. 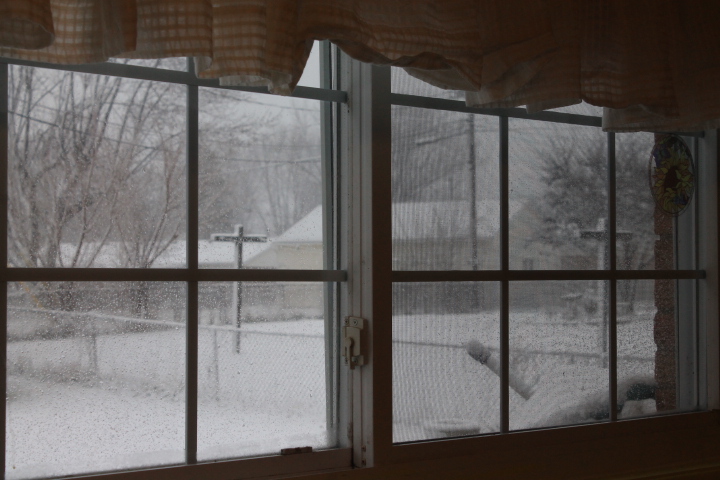 What’s on your menu this week?