My family loves homemade whipped cream.  We eat it on desserts such as the crockpot caramel apple crisp or put it on fancy coffee drinks such as pumpkin spice latte.

This is an easy recipe.  Actually I usually start the whipped cream in the mixer while I’m finishing up other dishes.  Don’t worry I still keep an eye on it.

I use my Kitchen Aid to make the whipped cream with the whisk attachment. You could make this with a hand mixer also. 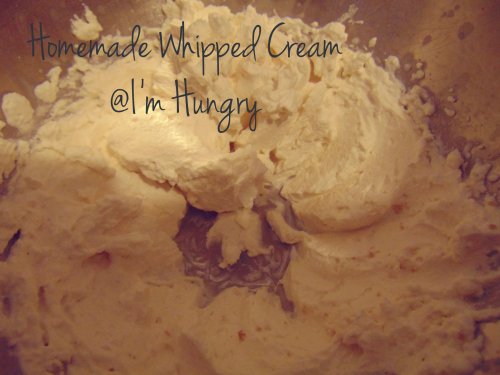