I DARE you to revise your writing

Why I Love Using Google Docs for Writing Intervention

Do you have any Christmas traditions?  My family has a few traditions that we do every year.

First of all, we celebrate St. Nicholas Day on December 6.  The boys put out their shoes for small treats.  This year though I forgot to get them things so I was at the mall getting them gifts.  They did have Minions’ Peeps and a small coloring book to tide the Wee One over until I got them something.  (The Imaginative One was away for the weekend so he didn’t care.)

Next we always make a birthday cake or brownies for Jesus.  Then we sing to him.  For a few years, we ended up not being able to eat our cake or brownies because of some sort of disaster.  One year the dog stepped in it when he was riding over to my mother-in-law’s house and another year my father-in-law broke a glass dish and glass shards ended up in the cake. 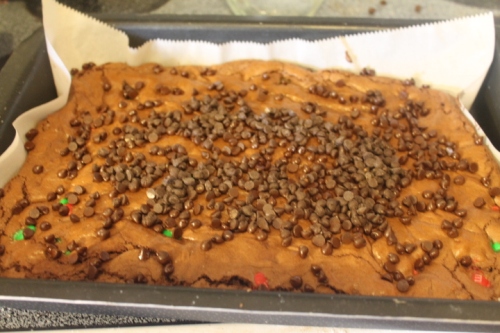 I used my homemade brownie recipe and added Christmas M&M’s.  The end result was very rich but delicious brownies.

On Christmas Eve, the boys are too excited so I usually give them a gift to tide them over.  This year the Wee One got some Pokemon cards and the Imaginative One got a book to read.  Last year, they each got a movie.

We also go to Christmas Eve service and then go to Hubby’s aunt’s house for family time.  We usually stay until 10ish.  The boys come home, put out the cookies and milk for Santa, and then head to bed. 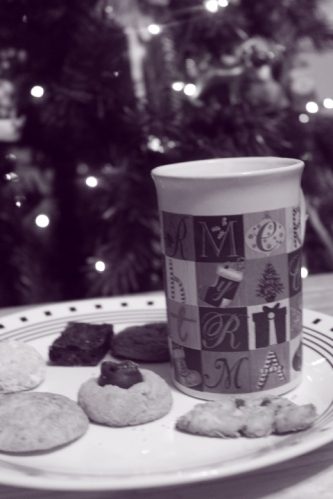 We don’t do much on Christmas morning except for opening presents.  I’ve tried to make a special Christmas morning breakfast.  The boys are too excited to eat the breakfast so I’ve stopped doing that.  This year we opened presents and then watched the Disney parade before heading over to their grandma’s house.

We open gifts over at their grandma’s house and have a big Christmas Day dinner. 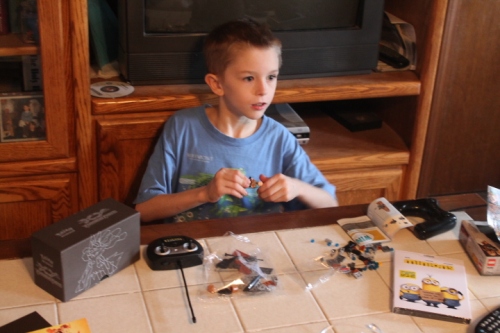 This year my mother and sister joined us.  This was the first time in 3 years they’ve come to Christmas dinner.  It was nice to have them come.

Family either comes to my mother-in-law’s house or we go to another relative’s house.  Needless to say, Christmas is usually very busy for us.  We enjoy spending time with each other and family.

Then on the 12th day of Christmas, January 6th, we celebrate King’s Day.  King’s Day represents the day the Wise men made their way to worship Jesus.  My mother-in-law usually makes something homemade for the boys, Hubby, and I.  I usually get something small for the boys.

The biggest tradition is one that I took from when I was a teenager.  My grandma and mom would make Christmas cookies and goodies.  Grandma had a bench that she kept the goodies on after they made them.  I now have that bench and I put goodies on the bench.  I also use the Kitchen Aid mixer that was my grandma’s to make the goodies.

The boys all have their favorites that I make every Christmas.  I’ve wrote a post of their top 5 Christmas recipes.

What are some of your Christmas traditions?

Have a blessed New Year,
Traci