This year I decided to sit at the beginning of the parade not realizing I was going to miss all of the cool floats.  Our town’s parade begins in 4 spots – a church and 3 entrances of a shopping plaza.  If a float or group started at the church or the one entrance of the shopping plaza, then I got to see it.  Actually I saw the fire engines/ ambulances take off from one of the other spots but that was because they had been parked behind where I sat for the parade.  I missed the floats, etc. . . that started at the fourth spot.  Now I know.

Oh, and the heat index was ridiculous.  It was in the 90’s and so very humid.  I had a shady spot to sit in but the end of the parade, my shirt was moist.  The Wee One, the Imaginative One, and I stopped at Burger King to get frozen drinks afterward because we were so hot.

Enjoy the photos I was able to get of the parade.  I think I got some good photos. 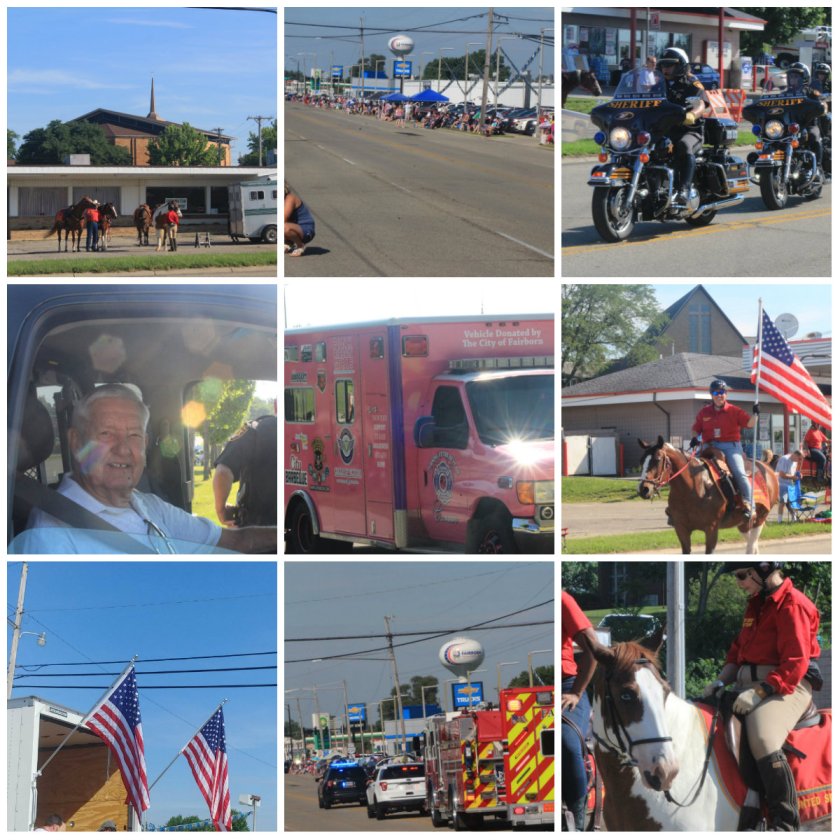 Every year, there is a fly over.  This year, I was able to capture that fly over.

The two dogs are therapy dogs.  Their names are Spirit and Hairy or Harry.  They go to a local hospital twice a month to help people recuperate from surgeries, etc. . .

I got a few shots showing you some of the floats that I missed seeing.  After a while, it was pointless to try to get a photo of all of them since I could barely see them even with my telescopic lens.

My boys walked in the parade holding the big flag.  (Only the Imaginative One is shown in the photo.)  They started at that fourth entrance.  The people who were sitting next to me at the parade were kind enough to watch my stuff so I could run/ walk fast to get a photo or several photos of them before they started marching in the parade.

My niece was rollerblading with the Girl Scouts.  She went past me but was waiting by the Boy Scouts for the parade to move.  The Imaginative One had to take a photo of her and heckle her.  She responded back.  They have such an interesting relationship.  They are only 2 months apart in age.  She’s going to be a sophomore while he’s going to be a freshman.

I absolutely love how this collage turned out.  They had a group of Marines and some trucks that were with the Marines.  These decals on the truck window were awesome so I took photos of them.

You can’t forget the street cleaners.

I hope you had a magical 4th of July!