For other What We Ate blog posts, visit my travel page.

Before we visited the Disney resort, we visited Universal Studios, Florida.  We stayed at Cabana Beach Bay Resort.

Here is what we ate the day we arrived and then during our first day in the park. 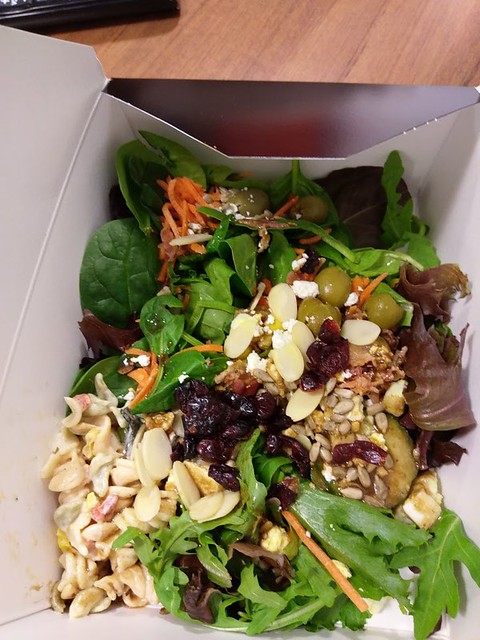 The salad I got in the Bayliner Diner.  I was in the mood for some fresh food when we arrived so I got this salad. 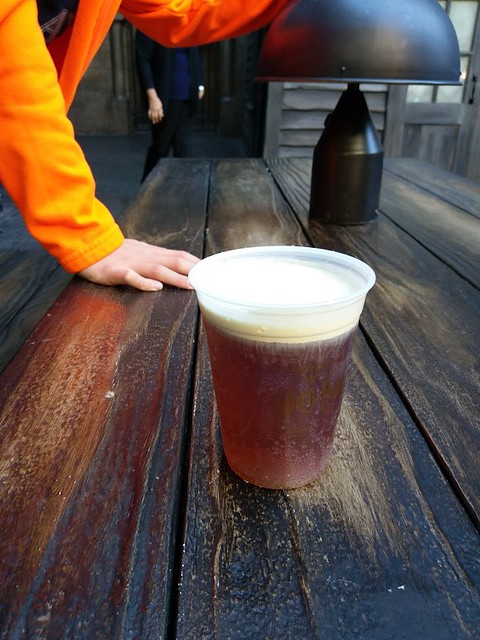 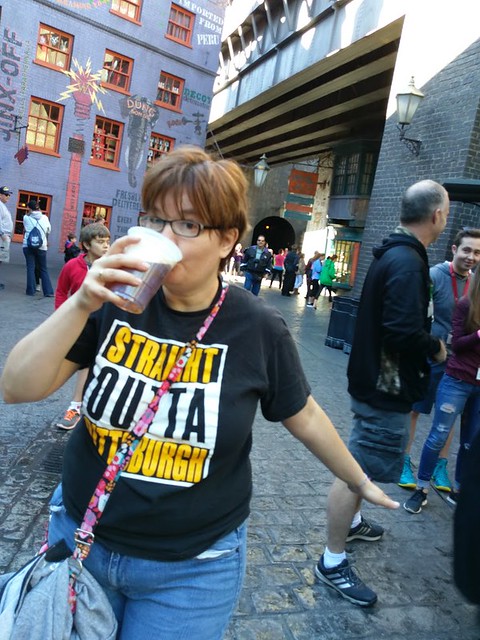 This is me trying the cold Butterbeer.  It was okay but not as good as the hot Butterbeer. 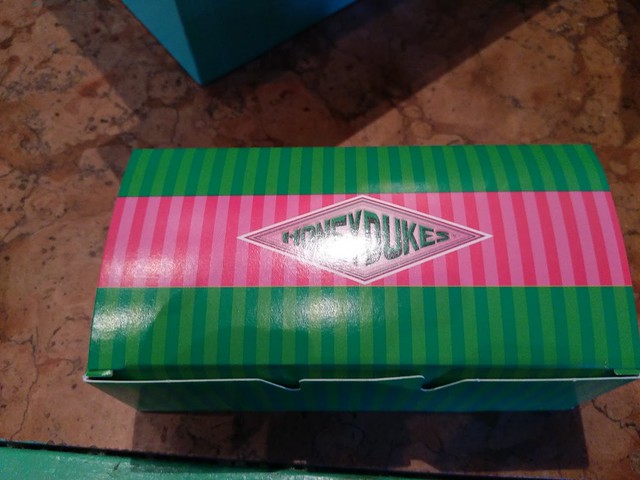 We went over to the Hogsmeade area in the Islands of Adventure.  Of course, we went into Honeydukes. 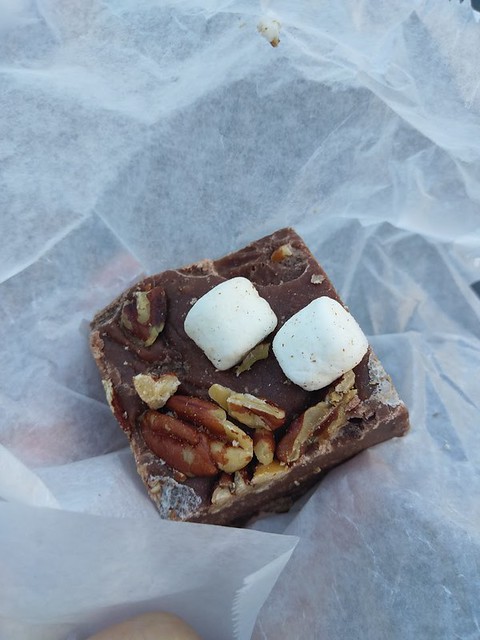 My marshmallow, chocolate, and walnut fudge from Honeydukes. 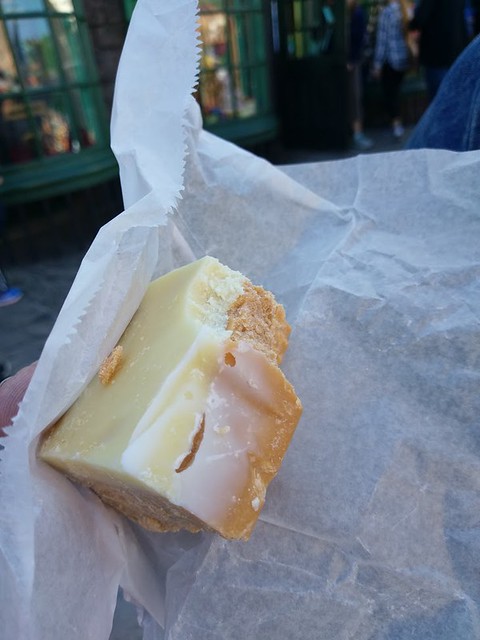 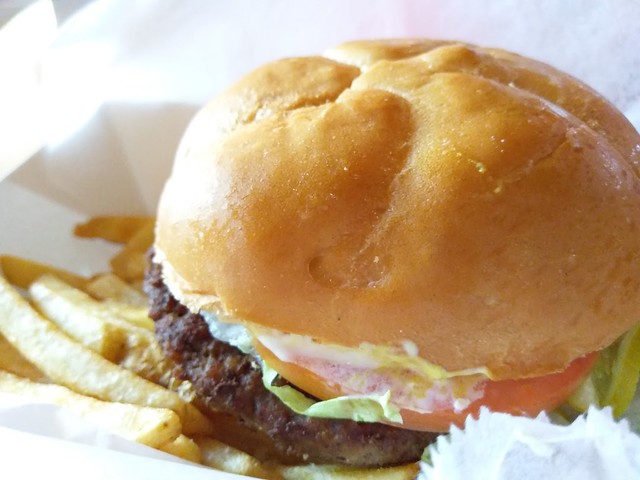 My cheeseburger from Burger Digs in the Jurassic Park area of Islands of Adventure.  I found out that the piece of cheese on my burger was a dollar.  If I had known that, I would have gotten a hamburger instead.

The Imaginative One got the same thing except his was without cheese and only had ketchup on his burger.

Hubby and the Wee One shared a hot dog.  They ate it before I was able to get a photo of it. 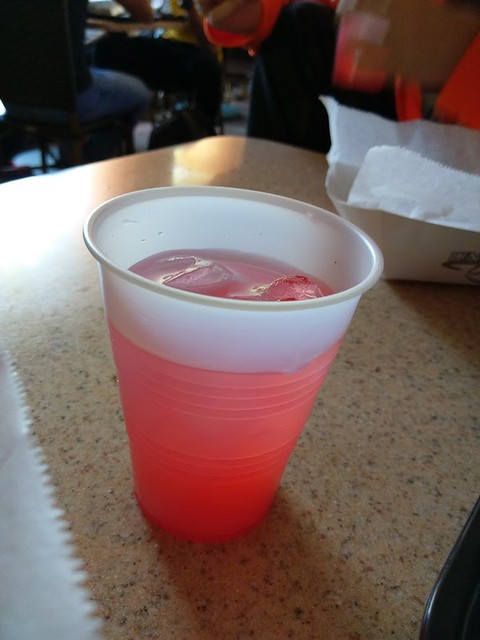 We would get water cups and then put flavor enhancers in the water. 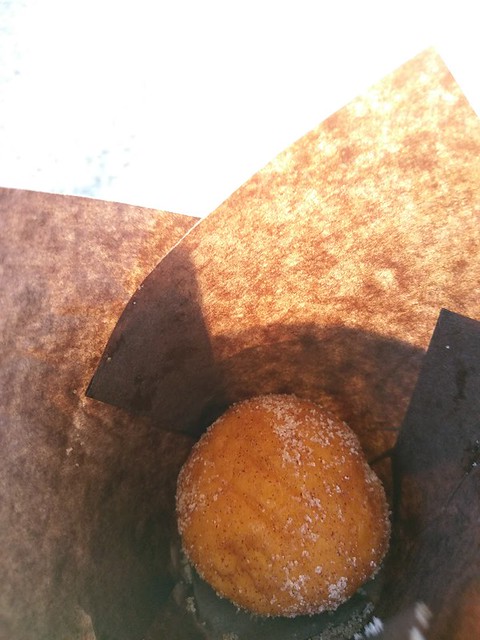 I wanted Cinnabuns but decided to get the little doughnut holes type of cinnamon roll.  It came with a little cup of icing. 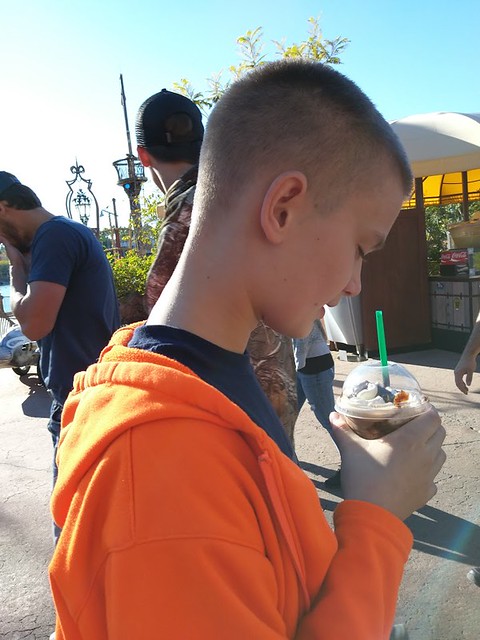 The Imaginative One rode the Incredible Hulk so he got himself a Frappachino as a prize.  We tried to get him a shirt saying he rode it but he opted for the drink instead. 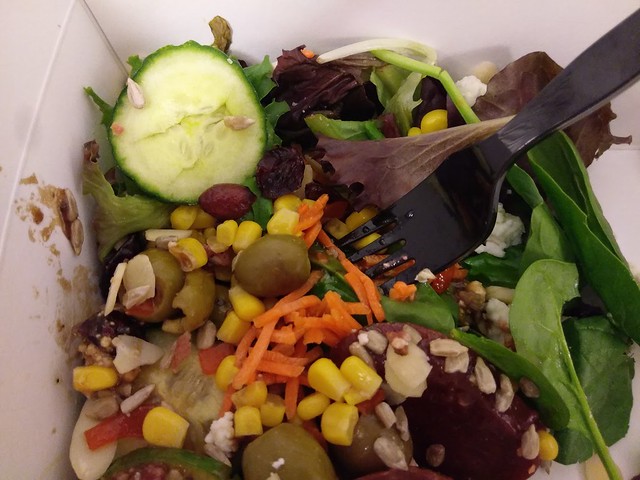 The salad I got that night from the Bayliner Diner.

We also had breakfast in the room.  Cereal for the boys, oatmeal for me, and oatmeal creme pies for Hubby.

Join me next Wednesday for what we ate in Universal Studios – Day 2.