At the beginning of the month, I took a class at the Columbus Zoo and Aquarium.  The class was held on 2 separate days – a Tuesday and a Friday.  The Friday portion of the class was at the Wilds which is located near Zanesville, Cambridge, and New Concord.

When you travel on I-70 east, the first of the 3 cities or towns you reach is Zanesville.  If you ever heard of Zane Grey, the famous Western author, he was from Zanesville.  In fact one of his ancestors was one of the founders of the city.

One of the first places, I visited after getting my lunch was Putnam Hill Park.   The park gives you a bird’s eye view of the famous Y-bridge. 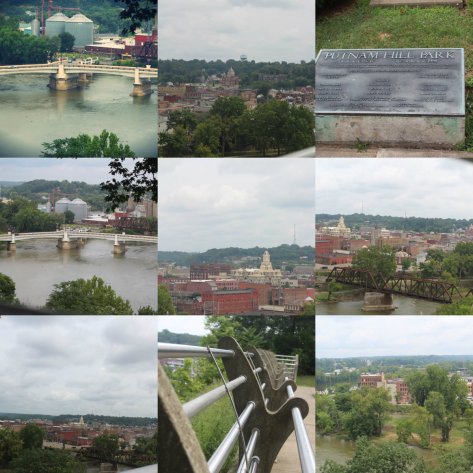 After I finished visiting Putnam Hill Park, I decided to visit the Lorena Sternwheeler Steamboat.  I knew I was not going to be able to take a ride because they had cruises on Wednesday and Friday of that week.  Since I was there on a Thursday, there was no cruises.  (Sad face)

On the way to the park where the Lorena Sternwheeler was housed, I found a little parking lot near the Y-bridge.  I got a different view of the Y-bridge after I had driven on it.

The week prior I had hurt my big toe while we were at COSI so I should have been climbing around like I was near the Y-bridge.  However I wanted to get a good photo of the bridge so I did the little bit of climbing down and back up to the shore of the river.

The Lorena Sternwheeler is located at the Zane’s Landing Park.  There was a neat tribute to veteran’s at the park.  I was happy that I accidentally found this gem.

There was an eternal flame.  What a wonderful way to honor the veterans. 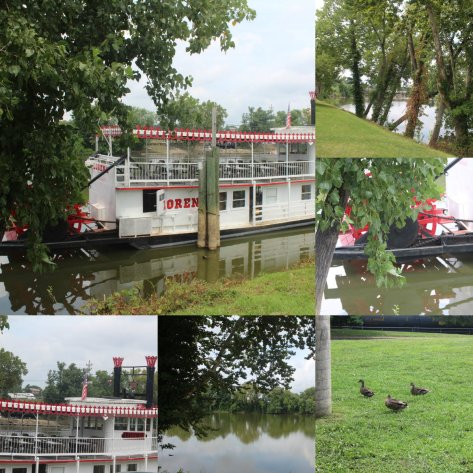 They also had these cool statues honoring veterans. 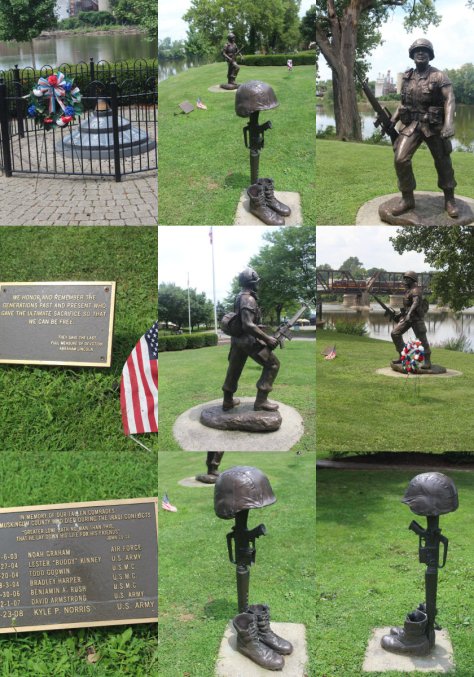 There was also a Founder’s statue.  The statue honored some of the people who were pioneers.  All of the people are from the Zanesville area.  One of the people honored was John Glenn who was from New Concord, a town 10 minutes away.

I hoped you enjoyed my brief visit to Zanesville.

One thought on “Zanesville, Ohio”