During the winter, we made the decision to go to our favorite beach – Folly Beach, South Carolina.  Ideas were thrown around of where we should go on the way there and the way home.  We knew that we did not want to go to Gatlinburg because we have done that twice before so it was time for something new.  I mentioned Charlottesville, VA and Hershey, PA as possible destinations.  Hershey was quickly vetoed because it would take too long to get there and then too long to travel down. So we decided Charlottesville would be our destination.

When I was a teenager, my mom, sister, and I would travel down to Charlottesville via bus.  We would first go to Washington, D.C. and during our lay-over visit different historical sights.  I’m getting sidetracked fromh my story.

There were 3 things on my agenda for our visit to Charlottesville – Monticello, University of Virginia rotunda, and the pedestrian mall.  About a week before our trip, I emailed Jo.  Jo was my November Foodie Pen Pal.  We had exchanged emails about her motorcycle trip to Ohio and how much she loved Cincinnati style chili.  So I sent her a box with ingredients to make chili.

The reason I emailed her was because she lives in Charlottesville and as a foodie I needed the 4-1-1 on good places to eat there.  She offered to meet us at the pedestrian mall if we had time so she could give us a local’s perspective on great foods to eat.  I warned her about the Wee One and the Imaginative One because I don’t know if she wanted to spend a Friday evening with two elementary age children who had been stuck in a car for 7 hours and then walked around Monticello for 3 hours (almost actual times).  They could get a little squirrely.  She was okay with that so we met up.

It was so much fun talking to her about foodie topics and other random topics such as running, walking to Monticello from her house, and where Dave Matthews had his first gig.  My Hubby even enjoyed talking to her and loved her accent because she is originally from Quebec.  She even showed us the Coke machine (doesn’t work) at Chap’s ice cream.  The boys loved the place they could draw and write their name in chalk.  They were not so happy about walking around but when you are 8 and 10, parents can make you do boring things.

Here are some pictures:

The place where Dave Matthews played his first gig. 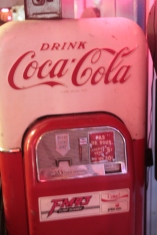 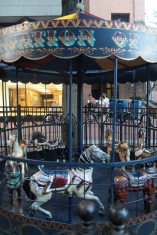 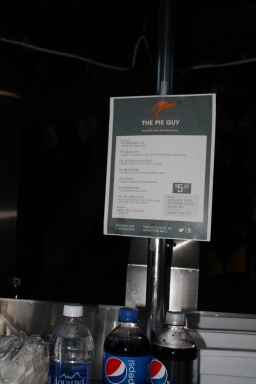 The pie guys – I got a Sydney which was had chicken and mushrooms. I loved the crust which was puff pastry like. 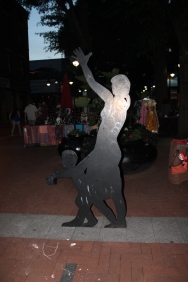 You could draw on these statues. 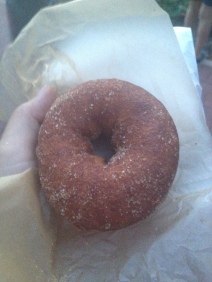 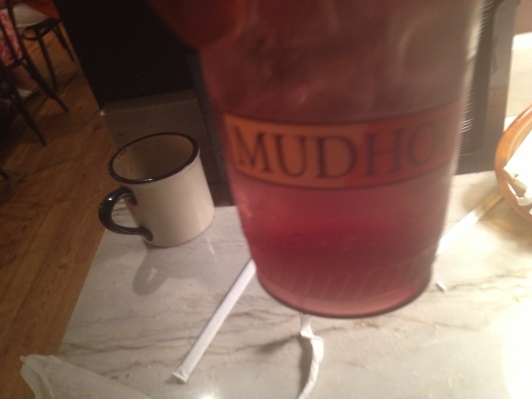 Jo suggested this bagel place. It was located next to my hotel so I stopped there before we left Charlottesville.

Jo, me, the Wee One, and the Imaginative One